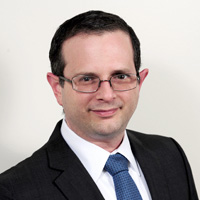 Dennis and Diane Strawn’s home and vehicle were destroyed by a fire in 2009.  The Strawns immediately notified State Farm about the incident and filed a claim.  Dennis Strawn was prosecuted for arson relating to the fire, but the case was dismissed on February 19, 2013.  In August of 2015, State Farm denied the Strawn’s claim on the grounds that Dennis had intentionally set the fire and that Diane Strawn had concealed evidence of that wrongful conduct.

In August of 2016, the Strawns filed a complaint against State Farm and its attorneys.  The claims against State Farm’s attorney Douglas K. Wood (“Wood”), and his law firm Morris, Polich & Purdy, LLP (“MPP”) for invasion of privacy and elder abuse were dismissed on demurrer by the trial court.

The invasion of privacy claim against Wood centered on alleged misconduct involving financial records.  Throughout the claims process, State Farm requested financial records from the Strawns, including tax returns.  The Strawns refused to waive any privilege regarding these tax returns.  Instead, the Strawns authorized their accountant to give Wood records used to prepare their tax returns, but not the actual returns.  However, the accountant’s office accidentally included tax returns with the documents they produced.  The Strawns alleged that Wood then provided these tax returns to State Farm despite being expressly informed that they were privileged.

Wood and MPP claimed that their actions were protected by the litigation privilege.  The litigation privilege is not limited to statements made during a proceeding, but may extend to steps taken prior thereto, or afterwards.  Strawn, 30 Cal. App. 5th at 1094 (citing Rusheen v. Cohen, 37 Cal. 4th 1048, 1057 (2006)).  The trial court dismissed the invasion of privacy claim based on this privilege.

However, on appeal, the Court found that there was a factual question as to whether Wood’s communication of the tax returns was related to litigation contemplated in good faith and under serious consideration.  The Court noted that a mere threat of litigation will not suffice for a claim of the litigation privilege, but, rather, good faith contemplation of an imminent resort to the judicial system is required.  Since no litigation was instituted until nearly a year after the claim was denied, there was a question as to whether the “imminence” element of the privilege was satisfied.  Otherwise, virtually every insurance claim investigation could be covered by the litigation privilege.  Accordingly, the Court reversed the order sustaining the demurrer to the cause of action for invasion of privacy against Wood and MPP.

The basis of the elder abuse claim against Wood and MPP was that they helped State Farm wrongfully deny the Strawn’s insurance claim by supplying State Farm with privileged tax returns.  This claim by the Strawns was an attempt to circumvent a rule stating that an insurer’s agents cannot be found liable for a bad faith denial of coverage.  Gruenberg v. Aetna Ins. Co., 9 Cal. 3d 566, 576 (1973).

The Court upheld the dismissal of this claim because Gruenberg and the legislative history of the Elder Abuse Act show no intent to impose liability on an attorney acting on behalf of an insurer for the insurer’s bad faith denial of coverage.  An attorney is not a party to the insurance agreement, and therefore is not subject to an implied duty of good faith and fair dealing regarding an insurance claim.